Work on the MOE 1.2.x release is well underway, with a planned release date later this month. The highlight of this next release will be Eclipse and Maven support, along with various updates and bug fixes.

We would like to get your early feedback with the preview version of the MOE Eclipse plugin.

Eclipse support is especially important to the LibGDX users and developers. Luckily (thanks to the LibGDX developers), the development version of LibGDX already supports MOE 1.1.x. In the second half of this post we will walk through the process of creating a new LibGDX project, that works with MOE 1.1.x, and works with the new Eclipse plugin as well.

Eclipse Support of the Multi-OS Engine is realized using an Eclipse plugin. To install it, follow the next steps:

After the restart, you may create a new Multi-OS Engine project, or import an existing one, provided, that they were updated to work with Eclipse. 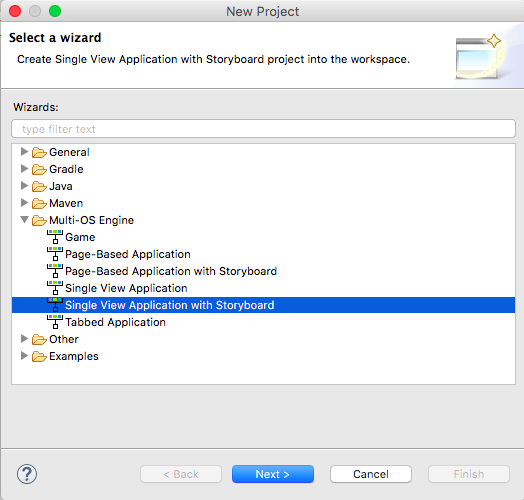 The MOE Eclipse plugin will work with any MOE Project, provided that the appropriate Eclipse Project Nature is added to the project. To do that, make sure that:

With these changes, the standard MOE sample projects should work fine with Eclipse. If you run into any issues, please report them on GitHub or on our forums.

LibGDX with MOE and Eclipse

Support for the new MOE release (MOE 1.1.x) was already added in the libgdx master branch. Builds from these branch are accessible under the 1.9.5-SNAPSHOT version.

The easiest way to create a new LibGDX project is the GDX Setup tool (gdx-setup.jar). For now, we will need the nightly build of the gdx-setup.jar, which includes support for the MOE 1.1.x version. 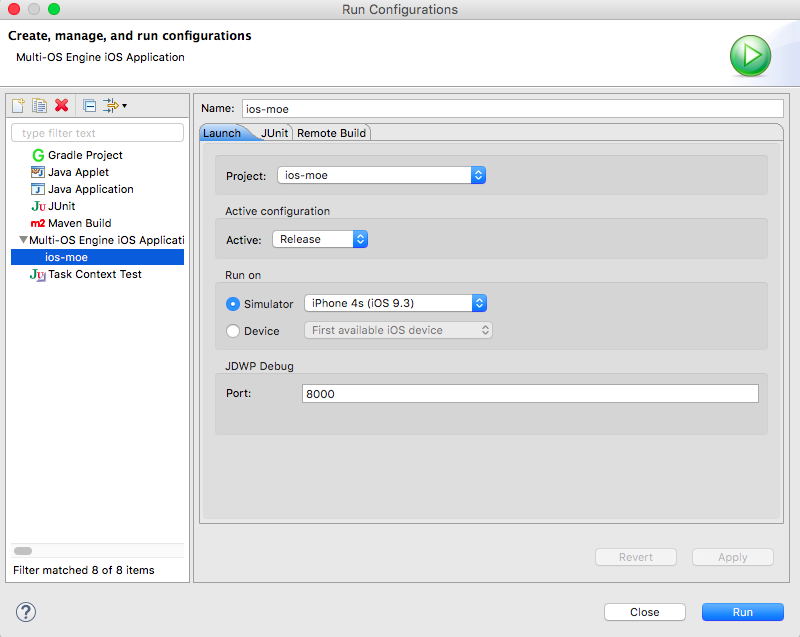 If you run into any issues (or just want to say hi), please join us on our discussion forum. Stay tuned for more updates on Maven support and the upcoming MOE 1.2.0 release.